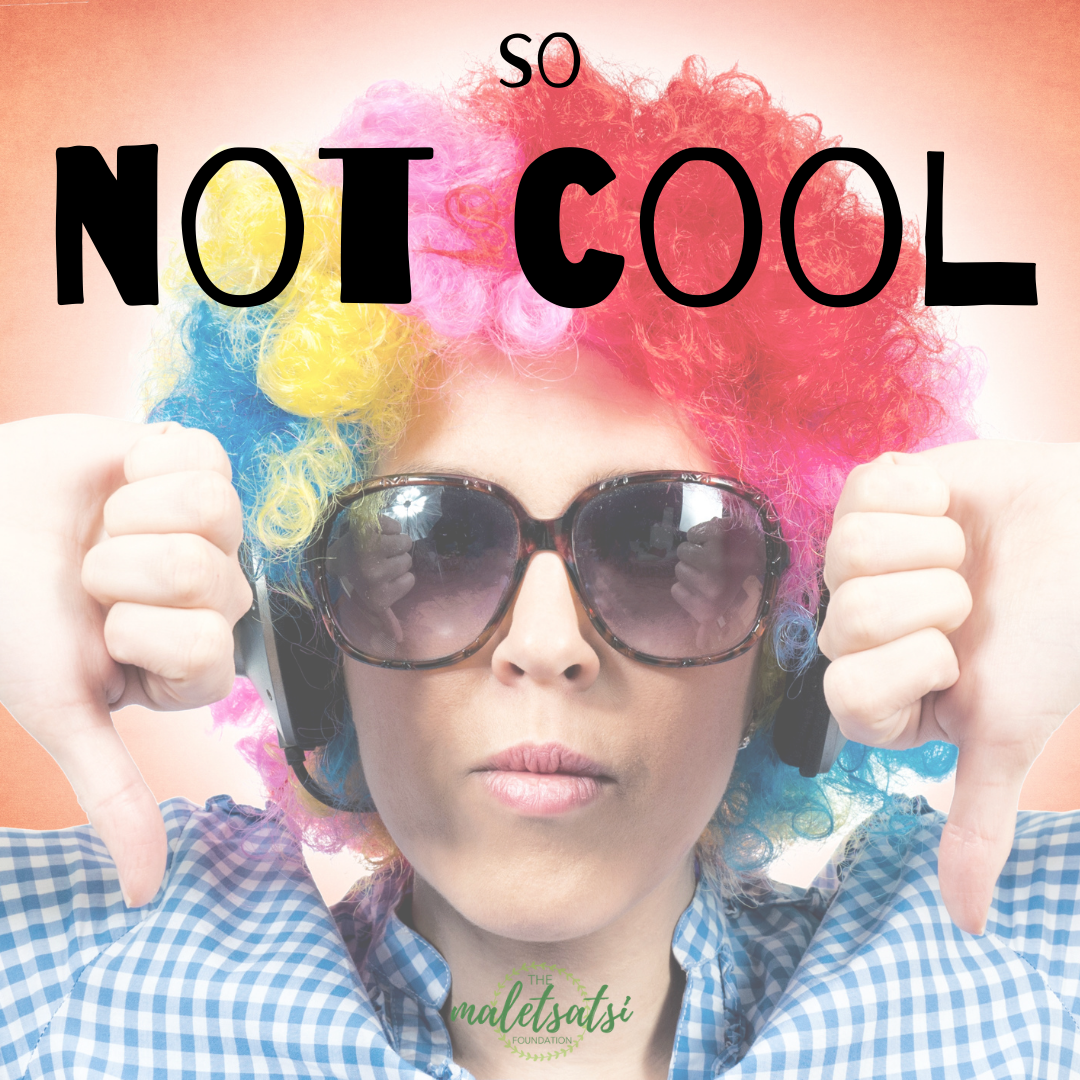 We ran dry of Novalac, a specialized formula, a few Saturdays ago. Not our best moment, but it happens. Each of us thinking the other had noted the stock levels, none of us actually taking note.

There was no option but to head to the stores and get some. Ordinarily, I avoid the shops like the plague, and opt to do 99.9% of our shopping online, but there was no other option. My hubby had plans, but I loaded him up with a batch of toddlers so I didn’t have to traipse everyone through the mall. I settled the littles with the team who was on duty in the nursery and set off with the smallest number of children possible.

Soph, our eight year old was the first of the four children I’d opted to accompany me. The reason was purely selfish, the child is beyond her years and is a helper. She was coming with as an extra pair of hands.

Then there was Peace. Our two year old. He couldn’t stay behind because all the other ‘bigs’ had been accounted for – he would have sobbed had he been left out. I packed in our tiny ‘GB Pockit’ pram so that he could be pushed by Soph.

The third child who accompanied me is three weeks post watching his mother be murdered. In the room with him. He’s not even two yet. The poor child cannot let me out of his sight. And quite frankly, I don’t blame him. It didn’t seem fair to leave him at home knowing the compounded trauma it would place on his little heart. He needs me right now. And that’s ok.

The last of my team has not reached 100 days yet. He’s experienced a mother’s love. And been torn from her arms. He’s experienced nutrition, and then almost starved. He cannot keep any food down, and screams hysterically if not in the optimal position. Which I can achieve in his car seat.

So, my mission made sense. Soph would push the pram while Peace hitched a ride. G would be on my back in the carrier, and C would be in his car seat in the trolley.

We arrived at the mall just after I had fed everyone so they were chilled. I got a parking close to the door, right near Dischem, which is where we needed to be. We hopped out of the mom-bus, got Peace set up in his little pram, attached G to my back and grabbed a trolley for the car seat. Straight into the entrance and through the doors at Dischem, me pushing the trolley and Soph manning the little buggy.

The store was bustling. The last of the ‘Black Friday’ specials were still bringing a flurry of shoppers through the doors, and while we were already there, it made sense that we made the best of those that would benefit us… after all, as an NPO EVERY penny counts.

We found some washing powder on special for R18 a kilogram, so loaded up 20kgs, enough for just under three weeks. We got to the baby isle and carefully filled the trolley with wet-wipes which were on sale for nearly half their normal price. I carefully balanced the car seat on top of the tower of boxes. We moved through the isle and located the formula, found the specialised versions we were after and piled the tiny bit of free space in the trolley with ten tins of formula.

The isles were packed. The music was blaring Christmas songs. People were falling over each other. I was stressing about being separated from Soph and Peace. It felt totally chaotic and I couldn’t wait to get out and to the sanctity of our car.

Observing the obscenity of our laod, coupled with my obvious desperation at the overwhelm, a kind shop assistant who went and fetched a few extra tins of formula from the storeroom for us, offered for us to skip the queue and go around the side to a teller. It’s not how we operate and so we politely declined and said we’d wait our turn in the winding queue.

We got ourselves into the snaking line with everyone complaining about the sheer length. But we were chilled – we chatted away to one another and the babies and slowly wound our way to the front. Presented with six tills that had emptied simultaneously, we chose the teller that was most out of the way so that we didn’t obstruct anyone.

Empty baskets and piles of ‘on special’ stock of toilet paper obstructed the floor of the tills. We hugged as close as we could and all but sucked our bellies in so as to avoid getting in anybody’s way. With the trolley and the tiny pram pushed into one another as tightly as feasible, we began to unload our load onto the till point.

While we were mid unload, a teller walked up and opened the till next to ours. With not even a trolley length separating the tills, and only space for a walkway between the opposite tills, there wasn’t much space and the front of Peace’s pram stuck slightly into the newly opened till.

Signaled by the teller now flashing her ‘open’ light, a middle-aged couple walked up. The wife approached the till with a small bag of what appeared to be medication. As they walked past us I apologized for the squeeze, not that there was much I could do about it. But my mamma raised me with manners and it seemed the right thing to do. But given that they were two very able-bodied people, both adults, I figured it wouldn’t be a massive train smash if only one got fully to the front of the teller while the other waited slightly to the side.

I continued unloading and saw the man start barking at Sophie. I paused only to hear him telling her to get out of his way. Soph was looking a bit startled, but I let it be, thinking she would likely shift slightly, and he would step in front of her and squeeze up to the till like the rest of us were doing.

But no. This wasn’t enough for this man who escalated fast, suddenly placing his hands onto Sophie to move her and Peace, instructing them to get out of the queue area and wait outside the entrance.

My sweet child, completely taken aback and confused, started to comply! The shop was packed. He was telling her to wait at the exit, out of my sight and a good ten metres away from me! I couldn’t get close enough to intervene physically as the trolley was in-between her and I. I could not risk being separated from her and peace. I signaled to Soph not to move, and looked at him and simply said ‘she cannot go anywhere, we can’t risk getting split, up she’s just a child’ (I wanted to SCREAM many less savory things… but then I remembered that I was an adult, something he clearly forgot).

That’s when a grown-ass man started a vitriolic attack on this eight year old girl, and me, a very clearly struggling mama just trying to get out of the shops. The verbal abuse hurled at us was beyond anything I could ever have imagined, and I could see his wife becoming increasingly embarrassed. Not that I cared, because if she had an inch of decency, she would have stopped him.. but then I suddenly thought to myself, if he can speak to strangers like this, imagine what he does at home. But I digress.

The verbal insults culminated in him YELLING (in a packed shop) ‘this is totally self-inflicted, you shouldn’t even be here’.

When you feel like you have more right to floor space than another human (spending WAY more money than you for what it’s worth), when you feel you have a right to lay your hands on an innocent child, hurl insults at a woman doing her best, when you sleep well doing this… well shame on you. Shame on you, you entitled old man. Patriarchy. Privilege. Prejudice. All wrapped up in one egotistical man who couldn’t bring it to find himself to just let it be.

I’m still wondering how my presence in the store on that day was more self-inflicted than his presence. Still wondering whether my existence as a woman was what triggered him. Was it my Black children? Or did he miss their skin colour completely and cast his prejudice about my family size?

Whatever it was, I really hope you managed to sleep well that night. I hope that you felt more empowered by what you said. It doesn’t take a lot to BE KIND. It takes even less to just move on and leave people alone.
#rantover
#bekind
#sonotcool

Each time I sit down to write I ask myself whether the content of what I share will harm or heal the individuals at the heart of the story. And whilst this generally takes the form of assessing whether the information I’m sharing takes away from the dignity of the victim, or hopes to aid […]
08
Apr

If you’ve been around for any length of time, you’ll know we have a steadfast tradition each evening as we gather at the dinner table. With great excitement, the quickest to the draw shouts, ‘Can I start favourite part?!?’. And with that we start the great ‘favourite’ game where each person around the table states […]
06
Apr

Waiting For Our Next Guest to Arrive

I’ve never quite got over this feeling of anticipation ahead of a new baby. This contrasting emotion of devastation at their lot in life, their lack of choice, their lack of control; my overwhelming delight at our meeting. I often wonder how I'll ever ensure that each child grows knowing that I sat like a […]
20
Mar

Look Where It Got Me

It’s laid on the cold concrete floor, and it feels like I am attempting to reach the sky as I stand up...
1 2 3 Next »
VIEW ARCHIVE
AROUND THE WEB
Privacy Policy
HOMEABOUTDONATEBLOG
X