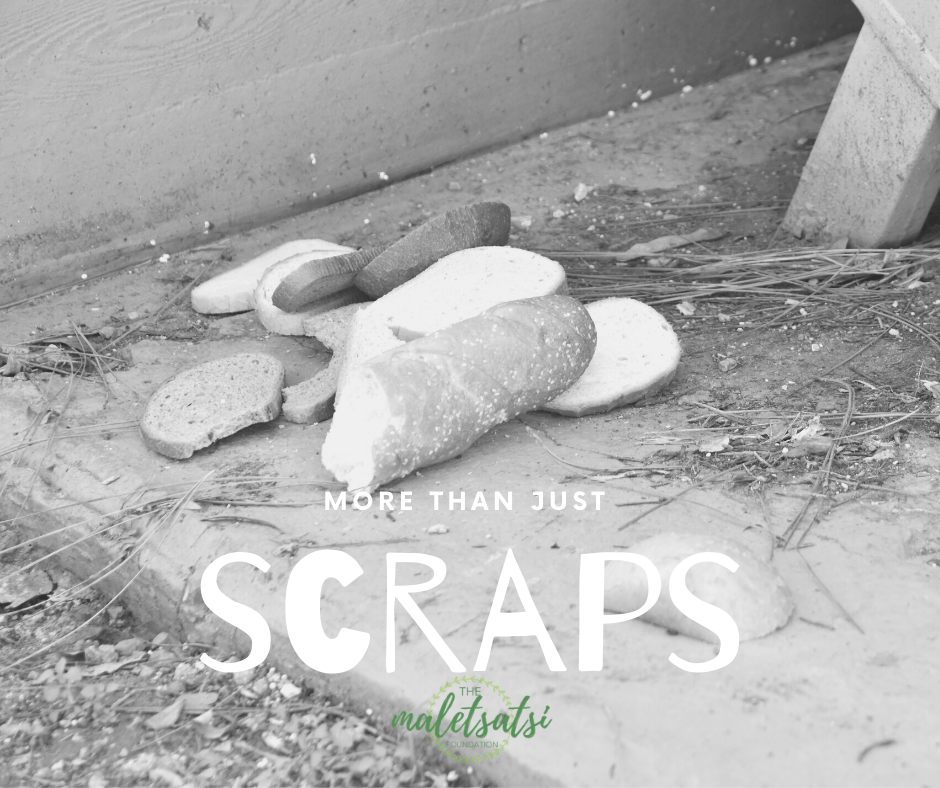 My phone beeped. It was the social worker. An image popped through of a forlorn looking little boy with disheveled hair and desperately sad eyes shaped just like saucers.

“Can you help’ the social worker had texted immediately after.

“I know you’re only taking newborns but I don’t have a bed anywhere else for him.”

“Of course”, I texted back, disinterested in the detail, simple ready to be available.

“His parents are both druggies, he was born 2 months prem”, the judgement and disgust hung off her words.
“Are you SURE you can take him, he’s a really difficult baby Tiffini.”

“I’ll be there at 10h00”, I responded, too exhausted to call her out on her words, too frustrated to even start the hard discussion about labelling our children.

I went upstairs and dusted off an extra cot and put on some fresh linen. I selected a few outfits to take with, knowing full well that the outfits babies are dressed in when I arrive, generally smell of desperation or saviorism - seldom anything in between.

I tossed and turned thinking of him as I tried to sleep that night. My mind raced.
‘Where was he at this very minute?’,
‘Why was tonight not a night of need of care and protection?’,
‘How could we wait until tomorrow?’,
‘If he was ok with his ‘druggie parents’ tonight while we waited for the social worker’s schedule to open up, were they actually that bad?’,
‘Was the social worker judging their life choices or really acting in his best interests?’,
“Would they be there when I arrived at 10h00?’,
‘Were there plans to help them?’.
I eventually drifted off only to fall into the rhythmic pattern of my dreams.

I startled as I woke, guilt plaguing the excitement I felt at meeting him. How could I be excited to meet someone on the worst day of their lives? How could I be happy when I was about to be involved in breaking up a family?

I sat alone with my thoughts as I drove to collect him. The 45 minute drive felt like it took a lifetime – the disconnect between my huge desire to ‘have’ this little boy and the complete desperation of his family being separated from him, besieged my mind.

The collection was unremarkable. I have never quite settled into the ordinariness of removing children. The desensitized way in which those in power simply hand a child to someone the child has never met. The awkwardness of driving away in a car with a person’s child, whilst watching them walk to their next destination. I’ve never settled to the panic of wondering whether the social worker may have made a mistake.

According to his clinic card, he was seven months old when he arrived at our door. A bonny little boy with luscious brown curls and deep hazel eyes. His skin sallow, his eyes vacant. He was tiny for his age but difunctionally dexterous.

We all marveled at the speed with which he crawled. The way he pulled himself up and navigated through the house. In contrast to the other seven-month old boy we had in the home at the same time, he was a marvel physically.

As the evening drew closer we prepared for supper, bowls of food readied for the two littles. We set up an extra highchair next to the existing one and started our meal.

I raised the spoon to his mouth and he didn’t flinch. I moved it towards him. He didn’t open his mouth. I was confused, he must be hungry. But he was not even acknowledging the food. Perhaps it was first night stress, I thought. I can’t imagine I would like to eat after a day he’d endured. I didn’t push the issue.

The days rolled around and the food challenge continued – nothing we tried, ice cream included, seemed to get him to open his mouth. He cried, and guzzled his milk, clearly hungry.

And then one day, the sudden realization hit me. We’d finished dinner, and the table below us looked like a bomb had gone off – as it does after a meal with young children. We popped him onto the floor to crawl around while we cleaned up. As we released him, his little hands and knees started a desperate scramble to the scraps on the floor. He guzzled them up like he had never eaten before. He WAS hungry. Seeing this I grabbed his bowl and tried to feed him again. Nothing. N.O.T.H.I.N.G.

Desperate, I tore some bread up and placed it on the floor. Again, he scrambled and stuffed it into his mouth.

And so we continued for the next few days. Me placing food way too advanced for his little 7 month old body, in chunks on the floor (YES I cleaned it first…).

This little boy, only 7 months old, had developed the ability to crawl so he could scavenge for food. His marvelous dexterity a result of feeding himself, at 7 months. He didn’t associate a spoon with food. He didn’t understand that we’d provide meals for him. He was literally trying to hunt for food himself.

And so began our journey of creating the trust he needed to receive food from us. The painstaking journey started to help him understand that he didn’t need to scavenge to survive.

I often wonder where he is today. After our home he headed into foster care, and we’ve not heard of him since. I wonder how his start to life will affect his eating, his being, his sense of belonging, into adulthood. I wonder whether he arrived with parents who comprehend this trauma, who parent with a sense of understanding towards this breach of trust so early on in life. I wonder whether he is ok.
Most of all, I wonder how we can prevent this type of breach of trust happening to children… How we exist in a world where this is even a possibility blows my mind… sometimes I sit and wonder and become consumed by my thoughts and the sheer magnitude of it all. But most times, I just get up and make sure we can make it different going forward.

Each time I sit down to write I ask myself whether the content of what I share will harm or heal the individuals at the heart of the story. And whilst this generally takes the form of assessing whether the information I’m sharing takes away from the dignity of the victim, or hopes to aid […]
08
Apr

If you’ve been around for any length of time, you’ll know we have a steadfast tradition each evening as we gather at the dinner table. With great excitement, the quickest to the draw shouts, ‘Can I start favourite part?!?’. And with that we start the great ‘favourite’ game where each person around the table states […]
06
Apr

Waiting For Our Next Guest to Arrive

I’ve never quite got over this feeling of anticipation ahead of a new baby. This contrasting emotion of devastation at their lot in life, their lack of choice, their lack of control; my overwhelming delight at our meeting. I often wonder how I'll ever ensure that each child grows knowing that I sat like a […]
20
Mar

Look Where It Got Me

It’s laid on the cold concrete floor, and it feels like I am attempting to reach the sky as I stand up...
1 2 3 Next »
VIEW ARCHIVE
AROUND THE WEB
Privacy Policy
HOMEABOUTDONATEBLOG
X