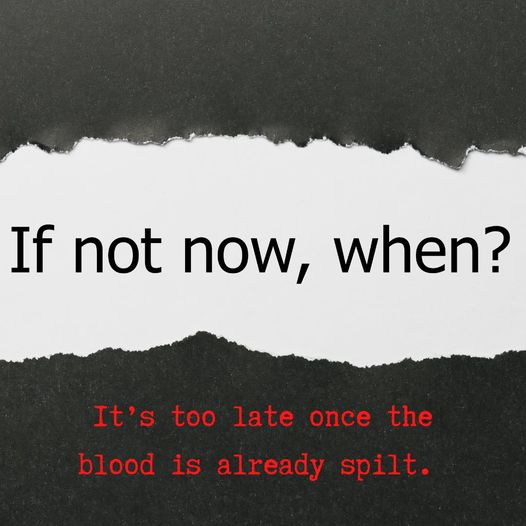 Caring for the Living Child While We Still Can

I’m fascinated by our collective passion for the aftermath.

The tragedy.
The destruction.
The gory story in all its glory.
The tale of death.
The headline of morbidity.

It’s as though, universally, we sit around, waiting, anticipating the disaster, ready and able to swoop and fix it, to pick up the pieces, but only willing to do so once the crash has happened. Unmovable before it does.

It’s a morbid preoccupation with tragedy. Emotional rubbernecking if you will. A compulsion to arrive and lend our support and disdain once the trainwreck has occurred. Ignorant to the role we should have played before the impact occurred. Bystanders to the vehicles barrelling towards each other, valiant rescuers when they connect and the explode.

‘We’ legalise the sale of weapons of mass destruction, ‘we’ sit back and justify their sale. A right to keep safe in the land of the free, the greener grass we flock towards.

We post memes when the children are maimed. Focused on the tragedy across the seas when our own child mortality rate makes ones eyes water and the ones that survive cling to a quality of life that many wouldn’t deemsuitable for most animals.

But we sit back.

The headline hasn’t been published yet.

We turn our heads at the robots (traffic lights) unwilling to make eye contact with the pesky homeless person who is obviously just standing there to scam us of our R5. When his body is found obliterated by the speeding car that ripped through the intersection, or frozen to death under the bush that he called home, we protest for the state to do more. We Stand vigil at the value of his life.

The value his life acquired, once he was dead.

We close our eyes and turn our heads by as women and children are raped. Every. Day.

If we don’t look it in the eye it doesn’t exist.
Then we feign horror when one story reaches the news. Then only we share forlorn faces across our social media channels and call to do more.
Forgetting that the person we call is ourselves.

We hold placards at the entrances to abortion clinics and we set up vigil when a child is found, lifeless in the street.
“This child’s life has meaning!!”, we scream.

But only when dead.

If born alive we’ll pretend he doesn’t exist and allow his precious body to die a slow death by lacking resource and invisibility. When the reporters alert us to the lacking supply of food to a hospital, and we see images splashed across the news.

We cry out in rage.

But every day that before that, at the hands of these same institutions, children die at the mercy of a system that doesn’t see them... and we stand silent reminding the have nots only of privilege of their right to ‘free healthcare’ that our taxes pay for.

We pay our taxes. Abdicated.

What if we cared before their lifeless body appeared on the news?
What if the emergency funds we suddenly had available after the storm had hit, were available to keep them alive and thriving before they drowned?
What if, before they were washed away, we diverted our eyes and memes and attention and hearts to protect ‘them’?
What if, before her house was washed away, we paid a living wage so that the trusty domestic worker could afford a home that could be deemed liveable before the exposé on the 8pm news because of its destruction?
What if, and stick with me for a minute, we held the hand of the scared mamma as she considered her options in a safe abortion clinic before she swallowed the pill, sold in a back room, to end the growing being inside of her, before she bled out a feotus into the pit latrine nearest to her home? Imagine we cared about her and not just the lifeless body she traumatically expelled over a toilet set between three corrugated ‘walls’?
What if we cared before the story made the news?
What if we arrived before the eye of the tragedy’s truck?
If we took hands and went upstream instead of watching the bodies float by us with feigned horror and newly available resource and capacity?
What if I said the power to change a life lay in your hands at this very second, before the storm collapsed another reality entirely?

What if we stopped posting pictures of dead children and focussed on the ones who were still alive.
Before it was too late??

One can only dream.

{{{In loving memory of and deep regret for, every woman, child and man taken by systems and societies that cared too late. }}}

Help Us Grow Our Village on Social Media

It was just over two years ago that I awoke in the middle of the night, and penned somewhat of a monologue, titled “Can you see me now?” [Read that post here] It was a piece inspired by the experience of many of our mamma’s, but truthfully a largely Cathartic experience of sharing what I […]
09
Jun

Life changes. In a blink of an eye. If I’ve learnt anything over the course of the last two months, it’s that life, the trajectory on which we anticipate being, the future we think we have planned, is not set in stone. It’s made me think deeply about the fortune i have in the networks […]
30
May

Caring for the Living Child While We Still Can

I’m fascinated by our collective passion for the aftermath. The tragedy. The destruction. The gory story in all its glory. The tale of death. The headline of morbidity. It’s as though, universally, we sit around, waiting, anticipating the disaster, ready and able to swoop and fix it, to pick up the pieces, but only willing […]
18
May

Each time I sit down to write I ask myself whether the content of what I share will harm or heal the individuals at the heart of the story. And whilst this generally takes the form of assessing whether the information I’m sharing takes away from the dignity of the victim, or hopes to aid […]
1 2 3 4 Next »
VIEW ARCHIVE
AROUND THE WEB
Privacy Policy
HOMEABOUTDONATEBLOG
X